Belgian people are as sweet as their chocolate!

General tips to travel to Belgium

In Belgium 3 languages are spoken:
Flemish (north part of the country ), French and German (FL/FR/G). 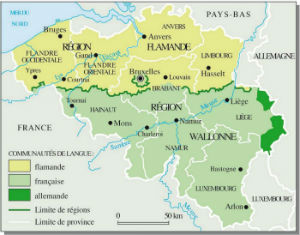 Hello: Hallo / Salut / Hallo
Goodbye: Dag / Au revoir / Auf wiedersehen
Please: Alstublieft/ S’il vous plaît / Bitte
Thank you: Dank je wel / Merci / Dankeschӧn
Yes/No: (Ja/Nee) /(Oui/Non)/(Ja/Nein)
Currency: Euro (EUR) since 2002.
The capital: Brussels
Population: 11, 35 million
Main religion: Christianity
Safety Rating: According to the Global Peaceful Index, Belgium is the number 18 out of 163 countries.
Solo female traveler: Easy and safe. During the day and during the night is safe for a solo female traveler. As a recommendation try not to go back to the accommodation alone in the late night to avoid problems.

The climate in Belgium is temperate maritime, this means, it rains during most of the year (especially during the months of autumn). Average annual temperatures are of 9-10ºC (48-50 ºF).
Temperatures on the cost are much milder, while in the interior they are more extreme (hot summers and cold winters).
In summer there is an average temperature of about 17ºC (62 ºF) and in winter the average temperature is about 3ºC (37,4 ºF).

There is a wide variety in accommodations in Belgium. You could find well-located hostels for backpackers in the cities for around 16 $/night. There are also a lot of choices of mid-budget hotels and apartments for prices around 31 $/night.

The main international airport in Belgium is located in Brussels (Bruselas Zaventem Airport (BRU)).
The low-cost airlines operate mostly in Charleroi Airport (CRL) which is located 60 Km away from Brussels.
Belgium is a very small country; in 3 hours you’ll be able to cross the country from west to east.
The cheapest mean of transport in Belgium is the bus, and it is a very good option as the service is very nice and punctual. With Flixbus you will be able to find the cheapest quality bus rides!
The best way to travel in relation to price-quality is the train. It is very easy to use and you’ll be able to arrive at every main city in Belgium. If you are under 26, there is a Pass (GoPass10) and for only 52€ you have 10 trips to any city in Belgium.

Belgian food is influenced by French and international cuisine but it has its own amazing dishes: 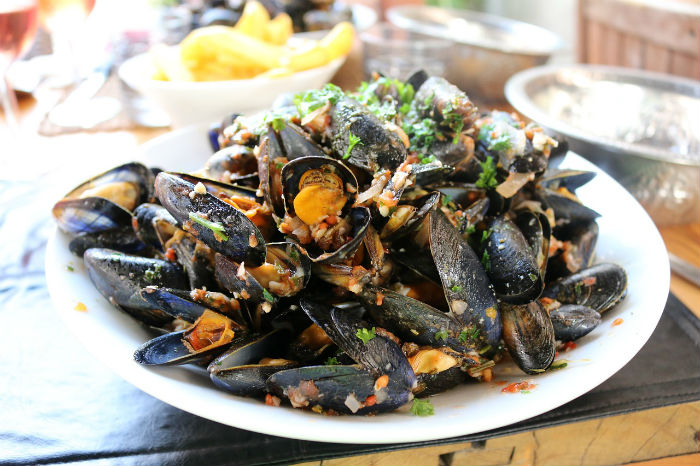 5 things to do in Belgium

It is the capital and largest city of the province of West Flanders in the Flemish Region of Belgium. You will fall in love with the city…As advice, rent a bike and enjoy its canals!

Visit the capital and enjoy its markets and famous squares. As a recommendation do not miss the Grand-Place, surrounded by the guild houses, the town hall and the King’s house.

Located in the Luxemburg square. You can visit the parliament for free, they have audio guides in 24 languages to learn about its history. A must if you are traveling to Belgium and you want to learn a little bit about European history.

Apart from being a student city because of its famous university, it is a medieval city full of history. Rent a bike and don’t stop discovering the city. Do not forget to go to Patershol neighborhood. Incredible!! 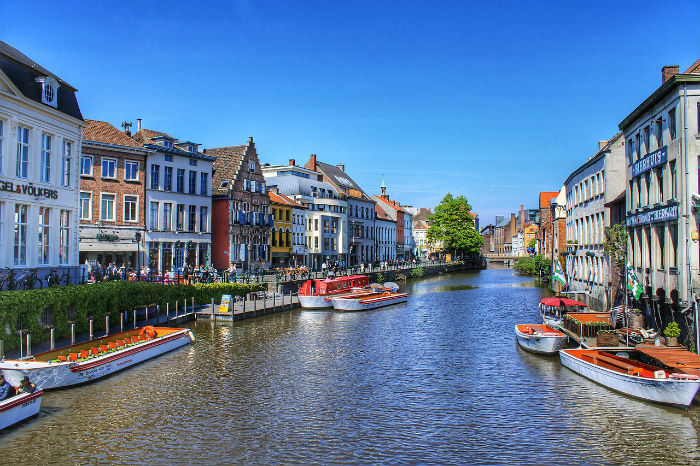 It is a small town with an impressive castle. A hidden jewel in Belgium!!