a country full of natural wonders and the coolest people

Official languages in Canada are English and French. Here you have your first words in French:
Hello: Salut
Goodbye: Au revoir
Please: S’il vous plaît
Thank you: Merci
Yes/No: Oui/Non
Currency: Canadian dollar (CAD)
The capital: Ottawa
Population: 37, 06 million
Main religion: Christianity
Safety Rating: According to the Global Peaceful Index, Canada is the number 6 out of 163 countries.
Solo female traveler: it is totally safe and easy to travel for a solo female traveler. It is one of the safest countries in the world so do should not feel unsafe. As a general recommendation, I applied to every country, I would try to avoid empty streets in the dark.

The winter in Canada is very cold, with very low temperatures that go below zero in many parts of the territory. Summers are mild and often you can enjoy a warm summer.
Climate depending on the region:

Therefore, we can differentiate between a milder climate, the one we find in the Atlantic and Pacific coastal areas, or a drier and colder climate such as in the interior and north of the country.

Accommodation in Canada is not cheap but it depends on the city of Canada you are in.

As you can imagine, Canada counts with a lot of airports, but traveling inside the country by plane is really expensive.
The main airports in Canada are located in: Ottawa, Toronto, Vancouver, Calgary, Edmonton, and Montreal.

Also, my favorites way to visit the cities is by bike, it is a more economical, healthy, fast and ecological mean of transport. It has many benefits and is gaining more and more followers, although in winter it can be hard to drive outdoors on two wheels.
The city of Toronto has a public bike service that you can enjoy it on its 117 km bike lane. There are already almost 20,000 daily cyclists who ride their bikes around the city, so they are planning to enlarge the bike lane 500 km more.
In Vancouver, the use of the bike grew exponentially between 1994 and 2004, increasing 180%. It is an ideal city for bicycles, with a wide network of bike lanes with which to avoid driving along with dangerous traffic on roads full of cars.

Regarding the transport between cities, Canada is the third biggest country in the world, so, as you can imagine, transport should be really good to ease Canadians’ and tourist’s life.

The bus is fairly economical and highly recommended mean of transport to get to know the most important places in the country. Canadian cities have a dense network of bus and tram lines, connected to each other with railway stations, commuter trains and the subway network (in the case of cities that own it). There are numerous possibilities to acquire discount cards and vouchers for the use of public transport. There are several road transport companies, but the two most important are Greyhound Lines of Canada Ltd. and Voyageur Colonial.

Due to the enormous extent of its territory, with 9,984,670 km², the train is the protagonist when it comes to traveling medium and long distances because it is a mean of fast and very economical transportation.

As with the road network, there is a railway line that crosses the country from east to west joining the two coasts. The trip takes almost 70 hours, but it can be done in sections to take advantage of the touristic stops. In addition, there are numerous train connections between Canada and the United States, so you can also take the opportunity to visit an American city.
To travel inside the city, I advise you to use the metro as it works perfectly, it is very punctual and clean.

Main traditional dishes in Canada are:

Do not miss any of these dishes!! An incredible mix of flavors!

5 things to do in Canada

Located in the northwestern area of North America, right at the border between the United States and Canada. The Niagara Falls are one of the most impressive natural attractions in the world. Despite not standing out for a great height, they are 236 meters above sea level and have a fall of approximately 55 meters, they are very wide-reaching an amplitude of 1,000 meters. Also, the large flow of water from the Great Lakes implies a fall of 160 million liters per minute, this made it a unique experience on the entire planet. In fact, its name comes from a word of the original inhabitants of the region, the Ongiara, which means “water thunder.” 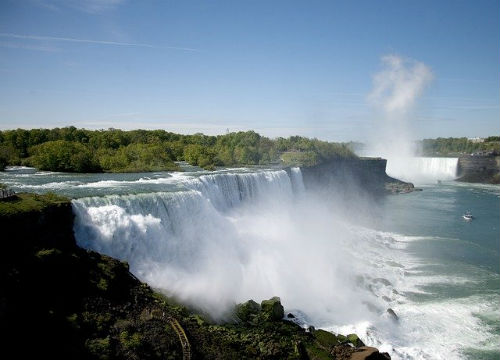 This region, surrounded by mountains presumes to be one of the most wonderful places over the country. It is a large province where we recommend visiting its capital, Edmonton, and its largest city, Calgary. The exciting thing about going to the western region of Canada is visiting the Waterton Lakes National Park and Peyto Lake. In Waterton Park, one can go to rest and suddenly find bears, elks, pumas, and other wild animals. 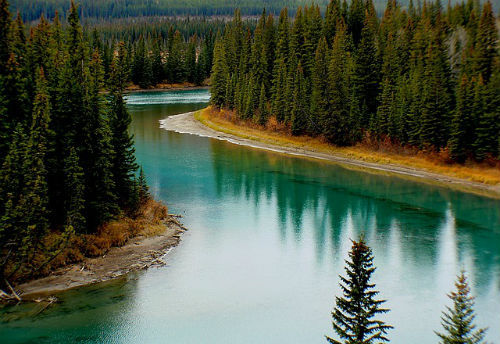 The forest of suspension bridges and its Capilano Bridge

Without any doubt, this is the most popular attraction in Vancouver, and also, one of the oldest. The main reason to visit the park is to cross the Capilano Bridge. It is true, that it is not the original bridge, built out of wood in 1889, but an improved and safer version of it by incorporating steel and railings. The bridge still swings more than 70 meters above the Capilano River with an extension of 127 meters. An experience that I would not advise if you are scared of heights, but indispensable otherwise!

The northern lights in Canada are a natural wonder that occurs in the northern skies and has been marveling at humanity throughout its existence. The so-called “northern lights” decorate the sky with incredible greens, violets, reds, whites, and blues that leave the largest display of fireworks in absolute mediocrity. It is definitely one of the greatest visual natural shows to see in Canada. The Auroral Zone or ring of lights crosses the country from east to west, so Canada hosts a wide range of places from where you can be fascinated by these playful and dancing lights. One of the best observation points in Canada is Saskatchewan, the central province of the commonly named Canadian meadows. The best thing I’ve ever seen! 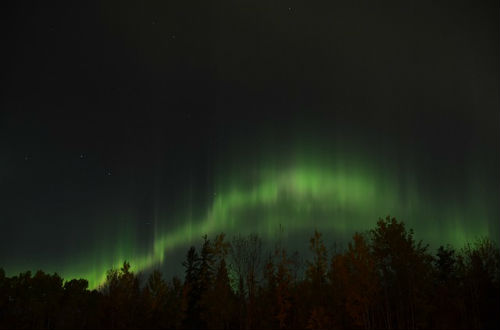 For the whale lovers, just like me! You can go on excursions to the points where whales are most frequently seen, as it is in the areas of Newfoundland, Quebec, Churchill and Vancouver Island.
We have to keep in mind that the season in which we can see whales in each area of Canada is limited since these animals move through different geographical areas depending on the time of year. We have to inform ourselves well whether or not we will be able to see whales at the time of our trip. 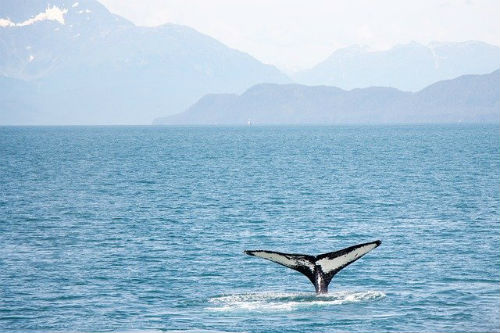