Your first words in Spanish:
Hello: Hola
Goodbye: Adiós
Please: Por favor
Thank you: Gracias
Yes/No: Sí / No
Currency: Colón (CRC)
Population: 4,906 million
Main religion: Catholicism
Safety Rating: According to the Global Peaceful Index, Costa Rica is the number 33 out of 163 countries.
Solo female traveler: Easy and safe. During the day and during the night it is safe for a solo female traveler. People are very kind and helpful. As a recommendation try not to go back to the accommodation alone in the late night to avoid problems.

The climate in Costa Rica is very nice as temperatures are stable:
The average annual temperature is between 12ºC and 27ºC (70º and 91º Fahrenheit).
In general, the highest temperatures are during the months of February to April and the coldest months are from September to November.
Talking about rain in Costa Rica:
From May to November, the rain is intense, especially in September and October.
During the months from December to April, there are almost no rainy days.
The Caribbean coast of Costa Rica has its own microclimate. It rains quite often and there is no specific rainy season.

Costa Rica is a perfect destination for travelers on a budget. It has plenty of cheap and nice hotels where you can stay. You’ll be able to sleep in a cozy hostel with shared rooms and a toilet for around 5$.
If you are looking for a little bit more privacy during your stay in Costal Rica you will find good options from 14$/night.
These prices obviously can vary depending on the area you are traveling to.
If you are planning your heavenly holidays on the Caribbean coast of Costa Rica, prices can reach 10 € per night in a shared room with shared bathrooms.

Renting a car to travel around the country is also a good option because it gives you total flexibility in your holidays, although if you are not lucky you could be stuck on a traffic jam for hours. Also, the roads are not in the best conditions.

The principal dishes in Costa Rica are:

Also, as it is a tropical country, there are plenty of tropical fruits as Cas (a native fruit that is only grown in Costa Rica), Soursop, mango, Passion fruit, blackberry, and papaya.

Important!! Don’t leave Costa Rica without trying the Coffee! Coffee plantations are also a great touristic attraction to visit. One of the best coffees in the world!

5 things to do in Costa Rica

With 3432 meters of altitude, it is the highest volcano of Costa Rica. Make sure, before starting the trek up, that the vision is clear in the top. A must if you go to Costa Rica.

It is an hour far from the Jacó area You can only access the island by boat. You must hire a tour to spend a day here. Its white sand and crystal clear water make Turtle Island a true paradise. Its crystalline water attracts rays, octopus, dolphins, and sharks. It is definitely a heavenly place to do snorkel. 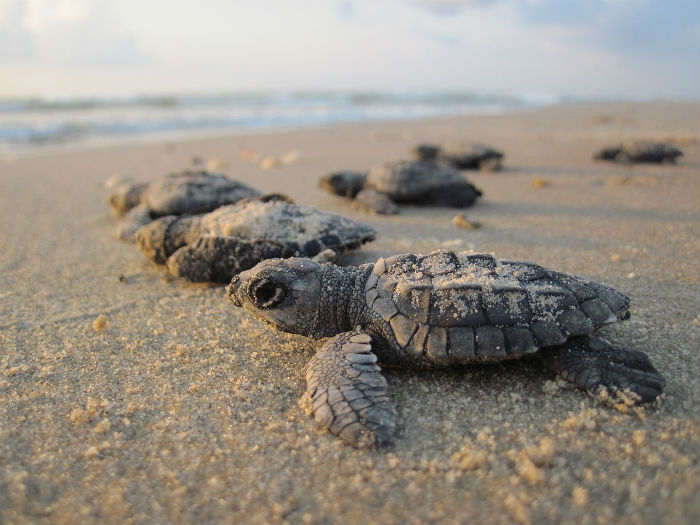 Have an unforgettable day in nature, flying above the forest of Monteverde. 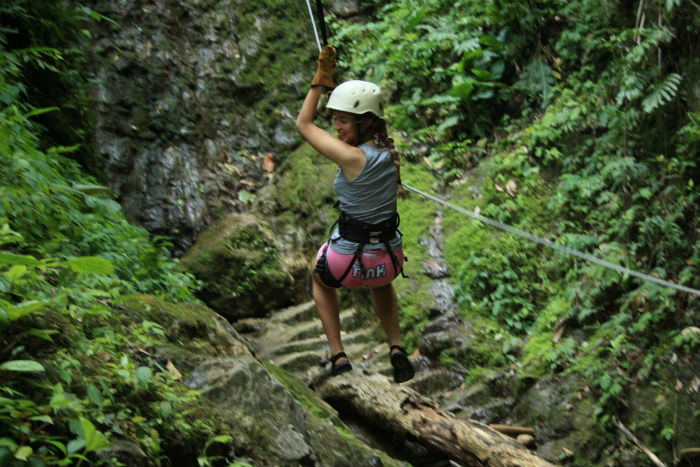 It is located at 3,820 meters above sea level, in the Talamanca mountain range, 20 kilometers northeast of San Isidro del General. 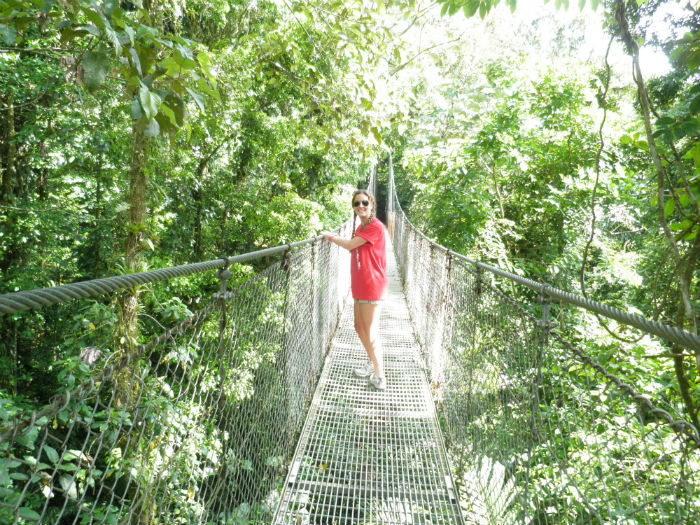 The national park of Marino Ballena

This national park in the Central Pacific is one of the quietest. It has four beaches where you can relax and enjoy nature diving to discover coral reefs. The park is called Ballena (Whale) because it is an area where humpback whales pass when they migrate from August to November and from December to April. Therefore, it is a great area for whale watching during these months.