Your first words in Croatian
Hello: Bok
Goodbye: Zbogom
Please: Molim
Thank you: Hvala ti
Yes/No: Ako/Ne
Currency: Croatian kuna (HRK)
The capital: Zagreb
Population: 4, 15 million
Main religion: Catholic
Safety Rating: According to the Global Peaceful Index, Croatia is the number 28 out of 163 countries.
Solo female traveler: it is totally safe and easy to travel for a solo female traveler, although as a general recommendation I applied to every country, I would try to avoid empty streets in the dark.

The climate in Croatia is regionally very different according to the three dominant landscape types. On the one hand, the coast of Croatia has the typical north-Mediterranean climate with mild and rainy winters and hot summer months, while the northeast and east of the country have a temperate continental climate. This is defined by very hot and dry summer months and fairly cold winter. Generally, the Adriatic region is wetter than the interior.
However, ideal conditions prevail in summer with up to 11 hours of daily sunshine and an average temperature of up to 30 °C (86 ºF). The water temperature ranges from 20 °C (68 ºF) to 24 °C (75,2 ºF) between the end of May and mid-October. In winter, temperatures can be around 3ºC (37,4 ºF). In autumn and spring, the temperatures can vary around 20 °C (68 ºF) during the day, but then fall to 12 °C (53 ºF) at night.

Accommodation in Croatia is not expensive, it also depends on which area you are traveling to.
If you are looking for budget accommodation in the capital, prices will be a minimum of 8$ sharing a room and toilet with more travelers.
If you are looking for your own privacy, prices can reach up to 25$/night.
Talking about the touristic and party places, on the coast, accommodation will be a little bit more expensive because of the high demand, there are not many hostels and you will find plenty of apartments for 28 $/night.

The plane is an affordable mean of transport, the national company Croatia Airlines offers national routes between the main Croatian airports at a very reasonable price. The main airports in Croatia are located in Zagreb, Split, Dubrovnik, Pula, Rijeka, Zadar and Osijek. However, the plane is not the most used mean of transport to visit Croatia.

In fact, the adventure is much more authentic if you use trains and buses, which are the most used transport, both by the local population and visitors.
The bus is the most common transport; it is a very popular mean of transport in Croatia. Croatian bus lines cover both large cities and smaller, more remote locations. Buses leave every hour, and even at night! It is always the most affordable option and the most used mean of transport. Therefore, buses are especially busy in summer, since a large number of visitors add up to the usual users of public transport in Croatia.

Croatian trains offer the advantage of being very comfortable, cheap and easily accessible in terms of schedules. However, they are also the slowest mean of transport. There are regular lines that operate between big cities like Rijeka, Zagreb, and Split.
The other important cities are mainly accessible by bus depending on the area. For example, if you are thinking about going to Dubrovnik or the beaches in the south, the train will stop at Split and you will need to take a bus or rent a car to arrive there.

Finally, the boat allows you to travel in the Adriatic Sea to discover the islands surrounding Croatia. There are several companies that share the market and offer various types of crossings: by speed boat (catamaran) or by ferry. The first option is specially designed for pedestrians.

The most typical dishes from Croatia are:

5 things to do in Croatia

One of my favorite spots in Croatia can be found in this national park! Plitvice Lakes is one of the most unique places to visit in Croatia. With easy walking trails, boardwalks suspended over the turquoise water, stunning viewpoints, and photogenic waterfalls, this is the type of place that is perfect for visitors of all ages. 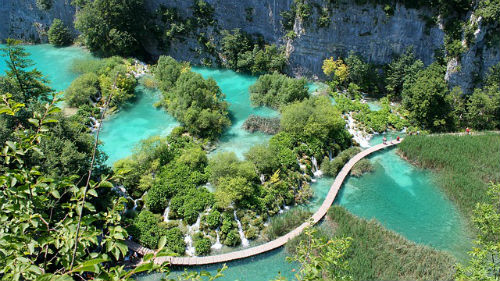 With its medieval castles and rolling hills, it evokes the country’s Austrian-Hungarian heritage. This northern region is a short ride away from the busy capital city of Zagreb and almost completely unknown for tourists. There’s no better way to enjoy it than by taking a long drive through its color-shifting countryside in the fall. This could also be an alternative to the busy Dubrovnik in case you are looking for a more peaceful day.

Built on the ruins of the Roman Emperor Diocletian’s ancient palace, Split’s impressive history and liveliness have drawn in visitors for years. Though hardly off the main tourist track, much of the city’s secrets are overlooked on a typical walking tour. 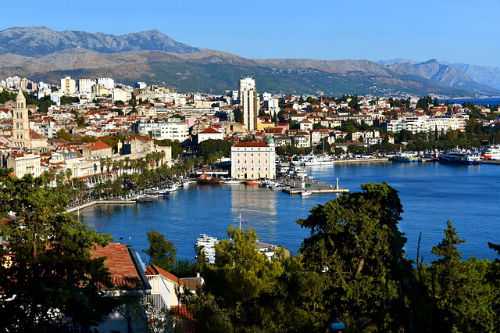 Visit the party places on the coast: Hvar

Often called the sunniest Croatian island, Hvar is a popular party destination due to a large number of clubs and bars opened over the past few years. The largest town on the island is also called Hvar, with a vibrant nightlife and a reputation for being a posh destination. Hvar sits in a protected bay overlooked by a hill with a Venetian fortress on top. The old town, called Stari Grad, is the oldest settlement in Croatia, founded in 384 BC by Greeks from the island of Paros. Do not miss also Zrce beach!!

It is a really beautiful city, full of history and with a charm ambiance. The castle of this city is the castle that appears the most in the famous series of “Game of Thrones”. It is surrounded by a great wall that houses 16 towers offering a unique view of the place. We should not waste more time and access it through the entrance located in the north, near the church of St. Spas, a tour of around an hour and a half that will cost us about three Euros. The walls date from the 10th century, although they were restored in the 17th century. The only con I found to this place is that due to its history it is overcrowded. 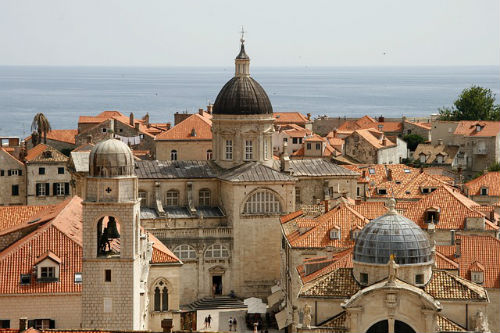