Perfect blend between the African Arabic and surfing vibes

General Tips to travel to Morocco

Your first words in Arabic:
Hello: Marhaba
Goodbye: Wadaeaan
Please: Min Fadlik
Thank you: Shukraan
Si/No: ‘Iidha / la
Currency: Dírham
The Capital: Marrakech.
Population: 35, 74 million
Main religion: Islam
Safety Rating: According to the Global Peaceful Index, Morocco is the number 90 out of 163 countries.
Solo female traveler: Not a safe country for a solo female traveler especially during the night. Due to its cultural and religious customs female travelers should be careful especially with its clothing. Do not go for a walk alone in the night and during the day it is recommended to go accompanied by a boy.

Morocco has different climates depending on the area:
In the Atlantic coast, summers are warm and winters are mild. Very windy and the water in the ocean is very cold. Perfect for surfing!! But be careful with the ocean currents.
The north part of the country has a Mediterranean climate. It is very hot in the coastal cities and the weather in the Rif is much cooler. In the Rif, average temperatures go from 12ºC (53 ºF) up to 25ºC (77 ºF).
In the center of the country, the weather is pleasant during winter and summers, are hard and arid (due to the super-hot temperatures). In summer, thermometers reach 40ºC (104 ºF), but the temperature drops a lot during the night.
In The Atlas, nights are cold and it is not uncommon to have snow in some villages of the area.
In the further south, the climate is desertic. Extremely hot during the day and crazy temperature drop at night.

Typology and prices of accommodation in Morocco depend on the area of the country you travel to. It depends if you are going to visit the inner cities or the coast.
In this country, they have a special type of accommodation which is typical of their culture: the riads. This typology consists of a traditional Moroccan house or palace with an inner garden or patio. This is the typology of hostels and hotels you will see in Morocco. Beautiful! 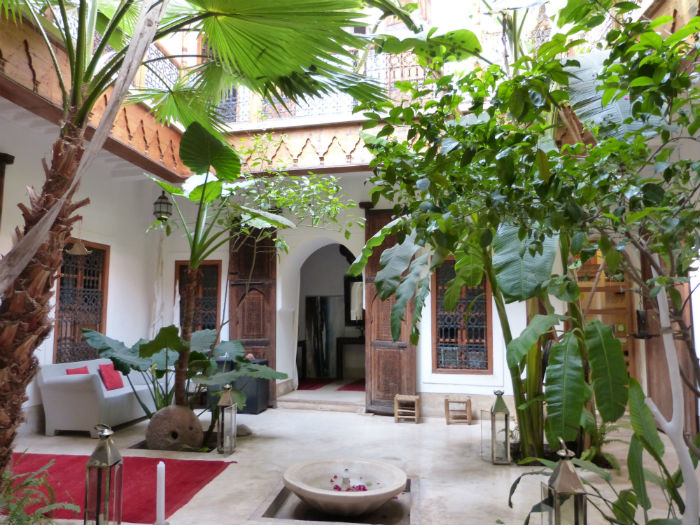 In the cities, you will be able to find shared rooms with shared bathrooms from 2,5 $/night. It sounds incredible and this is nice to travel in a cheap way and it is also great to make new friends!
Private rooms with a bathroom will be a little bit more expensive, reaching up to 16 $/night.
Coastal cities are more expensive especially in surfing season (starting in October and finishing in April) rooms in a hostel could reach up to 11 $/night while private rooms will be around 26 $/night.

Traveling by bus in Morocco may not be the best idea as they are not very punctual and the buses are not comfy at all.

I would advise you to rent a car. The quality of the cars is excellent and it gives you a lot of freedom and flexibility. Roads are not very busy outside the cities, but be careful in big cities such as the capital because traffic and their way of driving are crazy there. Find good offers in https://www.rentalcars.com. 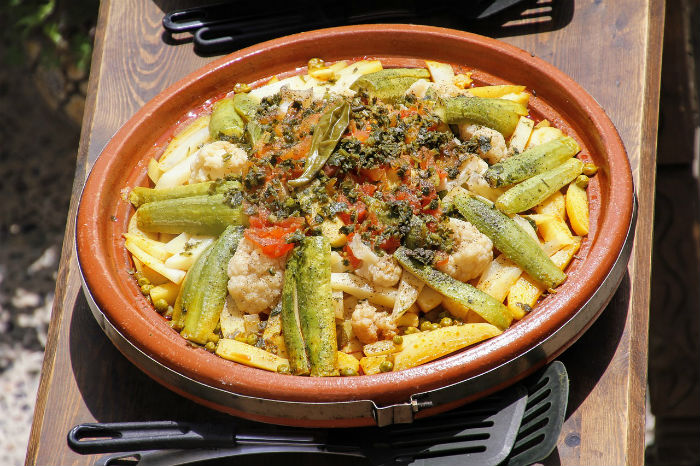 5 things to do in Morocco

Incredible waves and it is full of surfing spots. Surfing season is in winter, starting in mid-October and finishing in April.

Sleep in the desert

Depending on your time and budget you will be able to go to different deserts:
Merzouga, the desert by excellence, you will need to drive 10 hours from Marrakech so you will need a lot of time. From Ouarzazate it is only a 5 hr drive.
Zagora desert is just 1-hour drive from Ouarzazate it is really nice! Perfect for low budgets! In any of these desserts, you will be able to enjoy the dunes and camel rides! Spend a night in its camps and watch the sky full of stars in the desert! 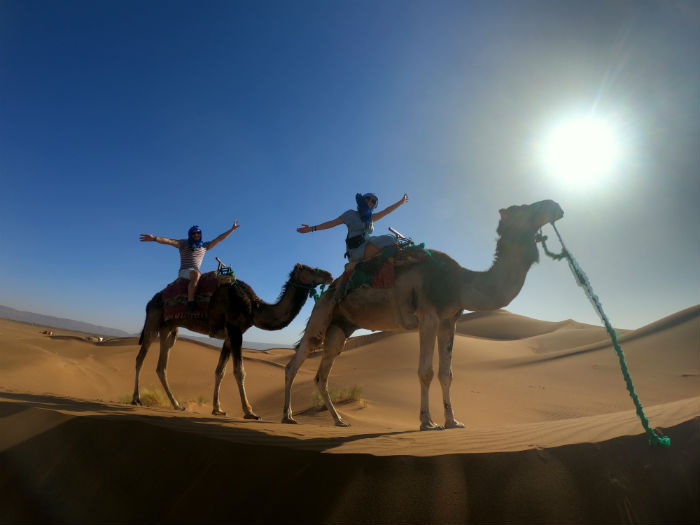 Get lost in it’s Medina and enjoy it’s markets.

The fortified city of Ait Ben Haddou, in the province of Ouarzazate, has been considered a World Heritage Site by UNESCO since 1987. It is the Ksar (Arabic term referring to a castle) or complex of Kasbahs that is best preserved in the country and it is a clear example of southern architecture from Morocco. A lot of films and TV-series have been filmed here such as the famous series “Game of Thrones” or the movie “Gladiator”. 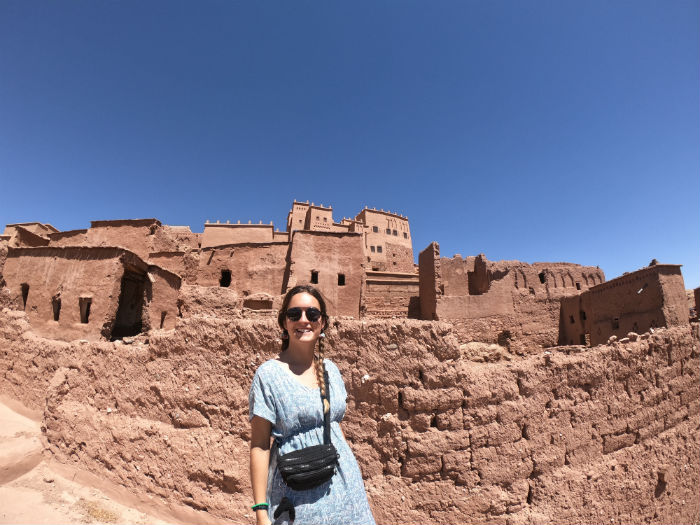 Go to a hammam and relax

Also known as Arab bath or Turkish bath. It is a steam bath that includes cleaning the body and relaxing.