The first official language in New Zealand is English and the second one is Maori:
Hello: Hello
Goodbye: Kia Koa
Please: tēnā
Thank you: kia mihi
Si/No: āe/ kahore kau
Currency: New Zealand Dollar ($) (NZD)
The capital: Wellington
Population: 4,794 million
Safety Rating: According to the Global Peaceful Index, New Zealand is the number 2 out of 163 countries. Podium for New Zealand!!
Solo female traveler: Easy and safe. During the day and during the night it is safe for a solo female traveler. It is one of the safest countries in the world! Even though is one of the safest places of the world, there is one thing to take into account: once I was in Auckland, some local people advised me not to go to the parks in the city center after 6 pm cause robs occurs often there. Be aware of this type of information and always pay attention to what local people say!

New Zealand is in the southern hemisphere, therefore, although it is a small country, its islands have very different climates.

The climate in the North Island

The climate in the South Island

The climate on the south island is less mild than on the north island so you must be more prepared for the cold… although it depends on the area of the island, temperatures vary greatly.
In the area of the Alps, the further we go to the west of the island, the temperature is much colder, humid and rainy than on the East Coast.
Fiordland is one of the rainiest areas on the entire planet, so waiting for a sunny day here is going to be like a miracle. On the other hand, in the rest of the island, the rainfall is usual but not as common as in Fiordland.
In the West Coast areas (Queenstown, Wanaka) the average summer temperature is 16ºC  (61 ºF) while in winter it is 3-4ºC (37-41 ºF).
Regarding the Eastside, where cities like Christchurch or Dunedin are found, they are much more fortunate with average temperatures in winter of 8ºC and 18ºC (46 ºF and 64 ºF) in summer.
As you can see, despite not being extremely different or very large islands, they have areas with special microclimates, but nothing that can scare you off.

The weather is quite variable in this country so, even if a beautiful sunny day dawns, it can quickly turn into a rainy day. Therefore, you must always carry a raincoat or an umbrella and sunglasses with you; you never know where rain can catch you especially in the winter season.

My favorite way and the cheapest way to travel is by van! Rent or buy a van and travel all around the islands!! Renting a van is really cheap as you have everything you need inside, your house with wheels!
Also, there are a lot of hostels and motels for accessible prices. For example, you will be able to book a bed in a shared room with bathroom for 9-11$/night. Motels have similar prices and in smaller cities they substitute hostels.
The most expensive option is the hotels. I do not recommend this as it is more expensive and in some hostels, you can also find the option of a private room. Prices go up until 45 $/night for an individual room.

A very usual way of traveling in Australia is by van. The second-hand market of vans in the country is highly developed and you will be able to find multiple offers depending on your budget. You will have plenty of campsites to charge your van with the basic facilities needed on the way and it is full of free camping sites you will need to get informed about the legal aspects of free camping depending on the state you are in. It is a great way to travel as you can stop anywhere you want and you have full flexibility.

You also have this option:

Relocation: some travelers rent cars or vans in one city and finish the route in another city. Then, the Car renting companies need people to bring the cars back. If this is the situation, you’ll be able to have a car or a van for free or for very little amount of money. The inconvenient is that you need to accomplish the times of the company. But you travel in a car or van for free!!

Regarding public transport, I will propose two interesting companies to travel by bus around the country:

This company is the best option to get around New Zealand by bus.
This national company connects almost all the interesting points of both islands. It is an attractive option for those who do not want to drive. It is not the cheapest, although, it usually launches offers from 0, 7 $ per ride.Even though you can buy single trips, the most interesting thing about this company is that they have passes, which will take you to almost any destination in the country.

Tour the country at a very small price.
This was the company that most caught my attention for its cheap prices. It offers a 20-trip pass with the ferry between islands included for only 300$. That is, it costs almost the same as just a single ferry trip between islands with the car included which is 260$. This is amazing!!
Of course, it is important that you know that this company does not have its own buses. It is simply a search engine that offers the route with the cheapest company but the price for you is always the same.
It also offers excursions to Milford Sound or Hobbiton, which are quite inaccessible places without a car. Without any doubt, one of the best companies to travel around New Zealand by bus.

The three most typical dishes are:

5 things to do in New Zealand

It is hard to choose my 5 favorite activities in this incredible country…I will do my best!

The shooting set was part of the trilogies of “The Lord of the rings” was recorded has remained intact and it is possible to visit it.

In the tiny farming community of Matamata, a booming tourism business has sprung up around what was (and still is) a large sheep farm stretching across rolling green hills in New Zealand’s Waikato district. 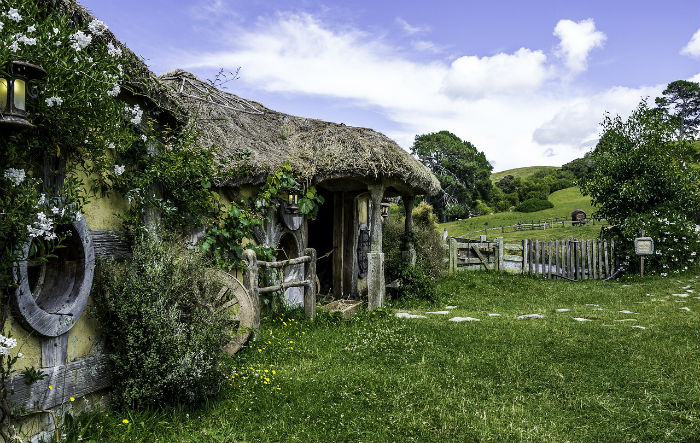 Open sea whale watching!! My dream come true…I am fascinated with these huge animals, the whales are my favorite animal (followed by the dog ). Located on the east coast of New Zealand’s South Island, a couple of hours north of Christchurch, Kaikoura is one of my favorite places in the country! 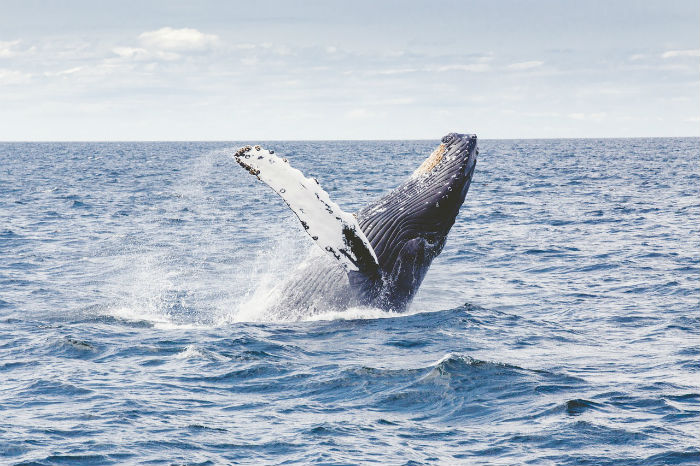 This city is famous for being a hotbed for geothermal activity, as well as having a rich Maori culture. There are so much wildlife and nature experiences that you can enjoy as well. Unvelibable and charming city!! 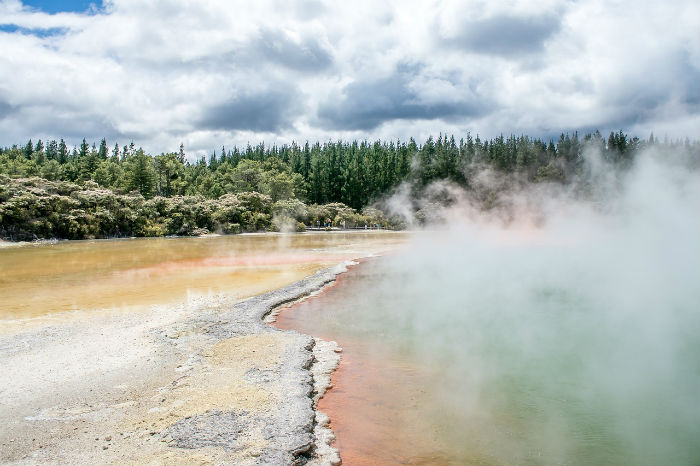 A small natural jewel, they are some natural pools of deep and transparent waters coming from the water of the glaciers in the course of Makarora River. The blue color of its waters will not leave you indifferent!

Also known as Piopiotahi in Maori, it is a fjord located in the southwest of the South Island of New Zealand. Milford Sound is the most famous site in New Zealand for tourists, in addition to being called the “eighth wonder of the world” and is located within the Fiordland National Park, which is inside the Wahipounamu Te, declared World Heritage. Do not miss it!! 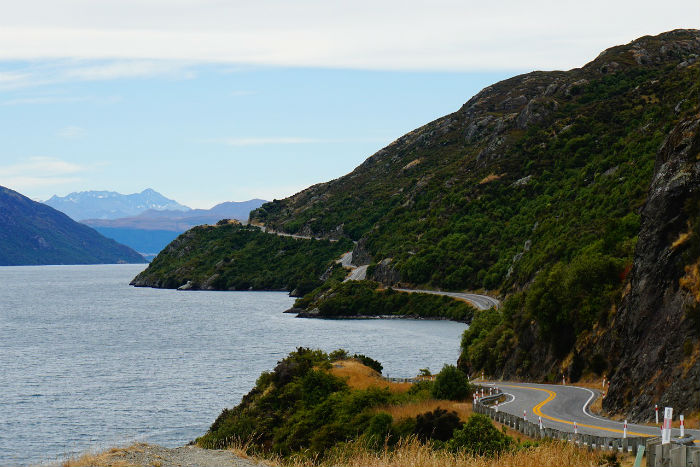 If you have the opportunity and you find a good offer, make sure you attend a match of the All Blacks (national rugby team, the national sport of New Zealand), you will enjoy their Haka dance before the match.