Main spoken language is Polish, here are your first words in Polish:
Hello: Cześć
Goodbye: Żegnaj
Please: Proszę
Thank you: Dziękuję
Yes/No: Tak/Nie
Currency: Złoty (PLN)
The capital: Warsaw
Population: 38, 43 million
Main religion: Catholicism (Roman Catholics)
Safety Rating: According to the Global Peaceful Index, Poland is the number 29 out of 163 countries.
Solo female traveler: it is safe and easy to travel for a solo female traveler. As a general recommendation, avoid empty streets and walking alone in the dark.

Poland’s climate is a transition between the maritime climate and the continental one; this makes the weather to be quite unpredictable.
I am going to try to explain the climate depending on the season:

In Poland they are not very hot; they are marked with some rains, although they are also mild. The temperature is usually around 20 to 30ºC (68 to 86 ºF), being July the hottest month of all. The months of July and August are precisely the best time to enjoy the cities of this beautiful country.

It is the rainiest season of all. However, this is completely offset by the impressive landscape that the country offers during this time of year. In September the color changes in Poland.

Winters in the country are long. It usually starts in December and temperatures vary between -1ºC and -5ºC (30,2 and 23 ºF), nothing is certain in winters in Poland, since some year temperatures below -20ºC (-4 ºF) have been recorded. The cold is dry and snow is a faithful winter element in the country.

During this season, temperatures rise again timidly to 20ºC  (68 ºF) at best. This, added to the beautiful colors that flood the fields throughout the country, makes it an ideal time to drop by Poland.

Poland is a great city for budget travelers. You can find plenty of hostels full of young people. You’ll be able to sleep on a shared room for 4$/night. It might be the cheapest place in Europe regarding accommodation.
You will also be able to find your own privacy with a private room and bathroom for only 10$.
Obviously, as you get close to the main touristic attractions, the price can increase from 2 $ to 4 $ more per night.

By bur and tram

The bus and the tram are very widespread means of transport in the great Polish cities. They are numerous , although the routes are difficult to understand, and sometimes they are poorly indicated. A good alternative is to look at the plans of the city, which indicate the routes and numbers of buses and trams that run through them.
You can buy tickets at newsagents, at stations, and in some supermarkets. They can also be purchased on board, but the price is a bit more expensive. On the other hand, some municipalities offer the possibility of buying tickets that are valid for one hour, one day, several days, one week or one month. Ideal options if you plan to use unlimited public transport on your trip to Poland.

The Polish railway network is also modern and developed. It is affordable for long journeys, although slower than the bus. There are several types of trains: the fast train, the express train (prior reservation) and the bus, called pociąg pośpieszny, sseau NA and pociągs osobowys, respectively. If your tour of Poland is designed to travel from city to city, you have to know that the most important cities are connected with intercity trains that run without stops. There are also 50% discounts for students and night trains for long distances.

Main and amazing dishes in Poland are:

5 things to do in Poland

The most painful place to see in Poland or the world even but, of course, a must-see site. The Auschwitz I and Auschwitz II Birkenau camps, which are very close to each other, became authentic fields of Nazi terror during World War II. Political prisoners, resistant Poles, homosexuals, gypsies but especially jews, were held in Auschwitz during the years it was in operation. The Jewish community was exterminated in series in one of the creepiest and harrowing systematic genocides in the history of mankind. 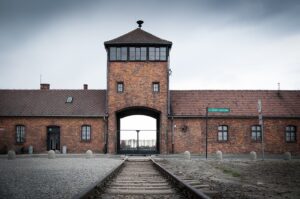 During World War II the Nazis appreciated the beauty of Krakow and left it virtually intact. Their intention, once the war was over, was to stay in this beautiful city. An incredible city with multiple things to do! jewel of the city is the Market Square, located in the center of the old town, surrounded by colorful palaces and buildings of medieval origin, in which the Basilica of Santa Maria stands out. In addition to seeing this square from all viewpoints, we recommend walking through the streets Kanonicka and Florianska to see the beautiful historic buildings such as the Collegium Maius, cross the old wall through the Florian Gate and climb the Wawel hill to visit the castle and the Cathedral.

The capital of Poland was not as lucky as its sister Krakow and was razed by the Nazis during World War II. A university city with a lot of atmospheres, a formidable central square that has nothing to envy to Krakow and a lot of churches, museums and other places of interest that make it, in our opinion, an essential visit when you are in Poland.

Next to Auschwitz, one of the most touristic places to visit in Poland and one of the best excursions in Krakow. These Salt Mines are located 10 kilometers from Krakow, World Heritage since 1978, are the oldest and one of the most spectacular mines in Europe. When going down to more than 300 meters, you will find a network of tunnels, lakes, and galleries of more than 3 kilometers long through which you can take a guided tour (it is the only way to access), it is advisable to book several months in advance, especially in high season, due to high demand. It is a must!! Though I would not advise this to people with claustrophobia.

Located on the banks of the Varta River, is one of the largest and oldest cities to see in Poland, with more than 1000 years of history. This city, like most major cities in the country, marvels at its colorful facades and medieval-style buildings, concentrated in the historic center where you can make a route through the old part of the city starting with the Great square or the Market, located in the heart of Poznan and where the impressive city hall stands out.
Near to Poznan, there is a very charming and breathtaking city that you shouldn’t miss! It is called Wroclaw, this city has over 400 little statues of gnomes all around the city that give Wroclaw a lot of beauty and magic. Also, don’t forget to stop by the old square to have some pierogi! 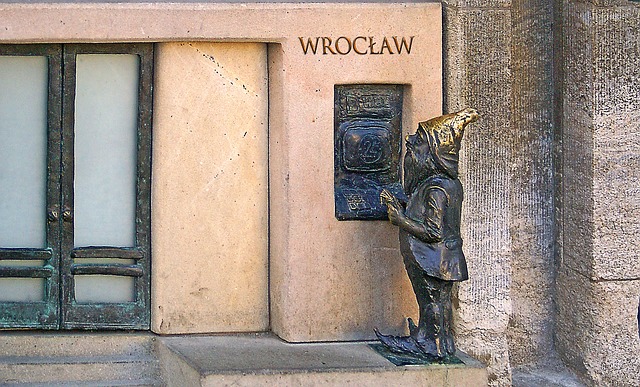