FLOW THROUGH ITS CHANNELS, TASTE THEIR DELICACIES  AND ENJOY WITH ITS OPEN- MINDED LOCALS

GENERAL ASPECTS OF THE NETHERLANDS

Your first words in Dutch:

Hello: Hallo
Goodbye: Vaarwel
Please: Alsjeblieft
Thank you: Bedankt
Yes/No: Als/Geen
Currency: Euro (EUR) since 2002
The capital: Amsterdam
Population: 17, 08 million
Main religion: Atheist
Safety Rating: According to the Global Peaceful Index, The Netherlands is the number 17 out of 163 countries.
Solo female traveler: Easy and safe. During the day and during the night it is safe for a solo female traveler.

The Netherlands has an oceanic climate, this means:

Usually associated with regular rains, but, of course, it does not rain every day. You can also expect temperatures below 0º C ( 32 ºF) and some snowfalls.

The most beautiful time to visit the Netherlands, as you will have the opportunity to see fields full of flowers, and especially, tulips. Temperatures are mild during the day, although at night they go down and it can be cold. The maximum average temperature is around 17ºC (62,6 ºF) and the minimum 7ºC (44,6 ºF). Precipitations are abundant, there are approximately 14 days of rain per month.

The warmest season of the year. Temperatures are mild during the day and go down a little at night, These temperatures are perfect to sleep like a baby. The maximum average temperature is around 22ºC ( 71,6 ºF) and the minimum 12ºC (53,6 ºF). Rainfall at this time of year is very intense.

There is a wide variety of accommodation in The Netherlands. Although it is not a cheap country, you could find well-located hostels for backpackers in the cities from approximately 19$-22$/night. Note that it is a bit more expensive to sleep in the capital independently of the typology of the accommodation. There are also a lot of choices of mid-budget hotels and apartments with private rooms and a bathroom for prices around 40 €/night. This kind of accommodation in Amsterdam could reach up to 70 €/night. The capital is very expensive regarding accommodation.

The main mean of transport is the train, incredible in relation to price-quality. It is very easy to use and you’ll be able to arrive in every main city in The Netherlands. Also, there is the possibility to take the train during the night to some cities in the country, What is great is that you can carry the bicycle on the train!!
To move inside the city, the bicycle is the best and most common mean of transport. Be careful, Dutch people are experts and go very fast!

The main dishes of The Netherlands: 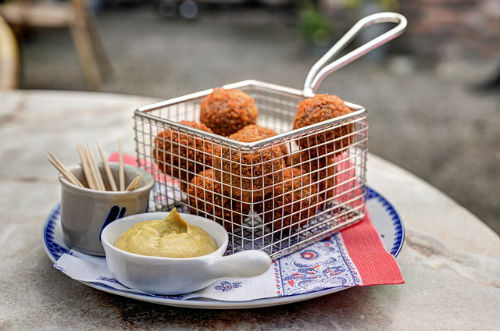 You can’t leave The Netherlands without tasting all the different varieties of cheese they have!!!

5 things to do in The Netherlands

Get lost in Amsterdam canals

Amsterdam is an incredible city with more than 100 Km from canals. Lose yourself walking around the city, discovering the canals and its small streets. 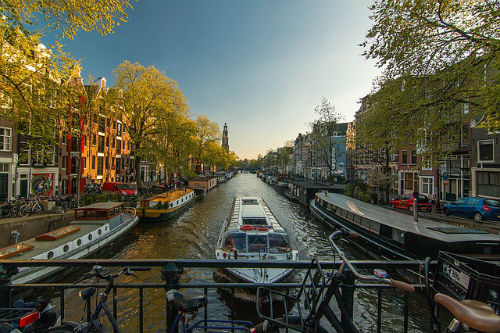 The House museum of Anna Frank

It is a museum dedicated to the Jewish war diarist Anne Frank who hid from the Nazi persecution with her family and seven more people in the attic of her house. The entrance to the attic of the building was covered by a false bookshelf. This is a hard part of history but we are lucky to have documents that contrast the acts.

In my opinion, it is the most beautiful city in The Netherlands. Do not miss the Dom Tower in your visit to Utrecht, at 120 meters high, the Cathedral Tower is the tallest in Holland. 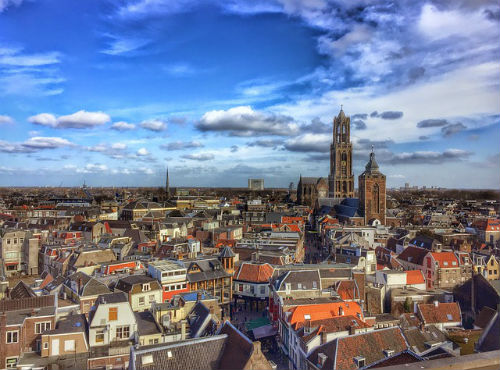 This is a coastal region along the southeastern corner of the North Sea. It is not a touristic place at all and it is the less populated territory of the country. Locals normally go during the summer.

The mills of Kinderdijk

This place is a typical postal image, located in the Alblasserwaard polder, in the Province of South Holland, they are a group of 19 monumental windmills.