The huge country of people and landscape diversity

General aspects of the United States

Currency: American Dollar (USD)
The capital: Washington D. C.
Population: 327, 2 million
Main religion: Christianity
Safety Rating: According to the Global Peaceful Index, U.S.A is the number 128 out of 163 countries.
Solo female traveler: Easy and usually safe. U.S.A is a very big country and at the moment with a lot of political issues going on, thus, you should inform yourself before traveling about the situation in each area. Do not walk alone at night and avoid walking alone in the streets with few people.

Although U.S.A is a huge country with areas of slightly different climates, we are going to make a small summary of the climate depending on the season.
In spring, during the day, the weather is warm while at night it is cold. This station is characterized by it’s constant rain.
Average temperatures during the spring months are 12ºC (53 ºF) in March,  18ºC(64 ºF) in April and 22ºC (71 ºF) in May.
In summer it is very humid; however, the temperature varies according to the area. In the north, there is an average of 32 ºC (80 ºF), while in the south it is maintained at an approximate of 38ºC (100 ºF).
Summer temperature averages range from a high of 27.3 ºC (81.1 ºF) in Louisiana and Texas to a low of  11.3 °C (52.3 °F) in Alaska. For the entire United States, excluding Hawaii and Alaska, the season average temperature is  22.2 °C(71.9 °F).
In autumn, the intense heat of the summer maintains during the mornings and there are cool breezes at night in the first months, September and October. In the last two months, November and December, temperatures decrease, feeling more frost.

Winter in the United States has low temperatures, accompanied by abundant snow, heavy rains, and icy winds. The intensity of the cold varies according to the area.

The U.S is perfectly ready for all kind of travelers.
As I have already mentioned, U.S.A is huge so you’ll be able to find all different kinds of budget accommodation for low budget travelers. Also plenty of mid-budget and luxury hotels.
As a recommendation, I would not go from U.S.A without camping in the middle of nowhere in Alaska to enjoy the Northern lights. 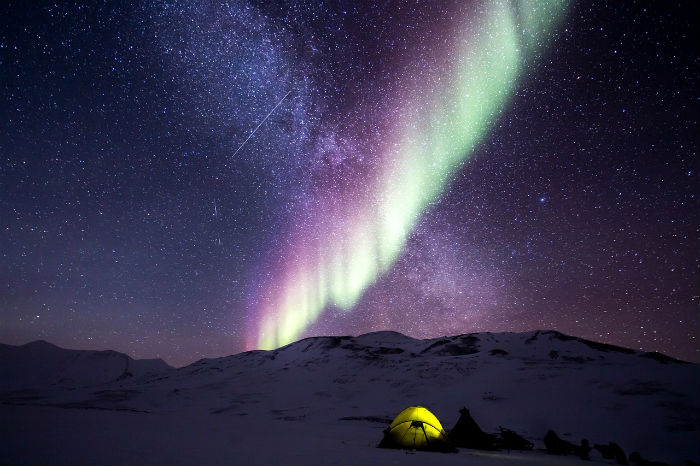 U.S.A has plenty of airports and moving around the U.S by plane is very expensive.
Traveling around the U.S is not easy and cheap. Let’s try these two new things to travel!
Chinatown, go to this area of the city you are in and take the bus here. You will arrive at the Chinatown bus station in the destination you are going to. You will find much cheaper tickets for plenty of destinations.
Chinatown bus: this bus located in the “Chinatown” of every city will take you to another China town. The tickets are very cheap and there is a lot of possible destinations.
Be aware, because if you are lucky you will be able to find a great offer in Megabus!!! Megabus is a quality bus company.
Relocation: Some travelers rent cars in one city and finish the route in another city. Sometimes, car renting companies need people to bring their cars back. If this is the situation, you’ll be able to have a car or a van for free or a very little amount of money. The drawback here is that you need to accomplish the times of the company. But you travel in a car or a van for free!!
You could also travel by boat, it is not my favorite option as it is not a very flexible mean of transport and it is expensive.

In this country, you have hundreds of things to see. You will need years to know it perfectly. I am going to summarize the 6 most special things to do.

It is located in the northwest corner of Arizona. It is 446 Km long, up to 29 km wide and more than 1,800 meters deep. It is actually a very big hole in the ground caused by the constant erosion of the Colorado River over the course of millions of years.

Located on the Utah-Arizona border, Monument Valley is part of the Colorado Plateau. It is not officially a National Park since it sits within the Navajo Nation Reservation. It has been featured in a large number of popular movies, including Forrest Gump, National Lampoons Vacation, Mission Impossible II and 2001: A Space Odyssey. 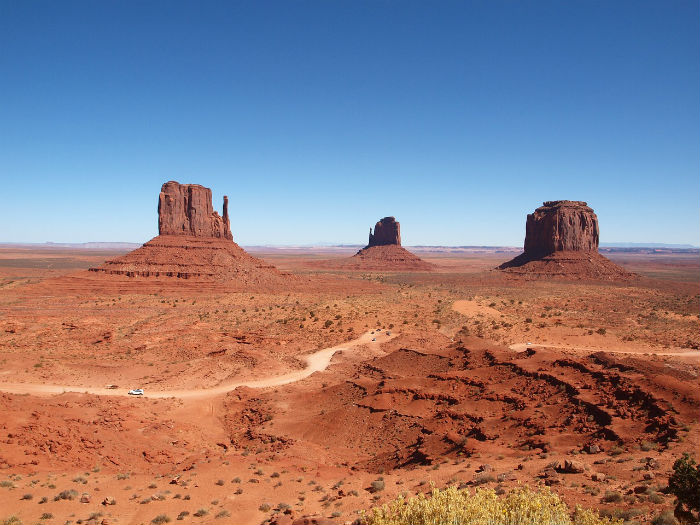 Visit Fairbanks and Anchorage (Base camps in the north of Alaska), spend the night watching the sky and enjoy this natural wonder. The period from September to April is the best time to visit.

It is a slot canyon in the Southwestern of the United States. It is one of the most visited and photographed in the world. It is located near the city of Page, in Coconino County, in northern Arizona. This canyon is located in the reserve of Navajo Indians. Do not miss it!!!!

One of the most famous bridges in the world! It is located in California, linking the San Francisco peninsula to the south of Marin County, near Sausalito.

Disneyland Paris in Orlando, Feel like a kid again and enjoy the multiple attractions!

Cannot finish this article without recommending you the visit to Alcatraz Jail!!