AMAZING PEOPLE ON A CRAZY LANDSCAPE

The main language is Uzbek but also Russian is widely spoken (UZ/RS):
Hello: Salom / Privet
Goodbye: xayr / Proshchay
Please: Iltimos/ pozhaluysta
Thank you: Rahmat / spasibo tebe
Yes/No: (ha / yoq) / (yesli/net)
Currency: Uzbek som (UZS)
The capital: Tashkent
Population: 32, 39 million
Main religion: Sunni Islam
Safety Rating: According to the Global Peaceful Index, Uzbekistan is the number 102 out of 163 countries.
Solo female traveler: it is not advisable to travel alone to this country. Do not go out alone in the streets if it is dark and during the day, avoid places with few people. The clothing has to be adequate; we should not show the knees or shoulders.

Central Asia is characterized by its extreme temperatures in both positive and negative, Uzbekistan is not an exception.
The country has a severe continental climate due to its location in the center of the Eurasian mass. Much of Uzbekistan’s territory is arid; however, at the southern end of the country, the climate is more tropical, with high levels of humidity and rainfall.

It is severe, with snowfall and minimum temperatures that reach -40 °C (- 40 ºF) in some areas of the country. Winter begins at the end of October on the plateau and at the end of December in the south. It lasts until April, approximately. January is usually the coldest month.

The best seasons to visit Uzbekistan are spring and autumn and thus avoid the extreme seasons to which the country is subject.

Actually, there are options for budget travelers with apartment rentals and hostels popping up everywhere. However, outside the main cities, hostels are not very common, the solution? Bring your tent and camping gear!

Here, you will be able to find accommodation in a shared room for 5$/night.

Homestays in the countryside are an excellent way to have a look at a different side of Uzbekistan. The Nuratau Mountains have a network of homestays, as does the village of Langar near Shahrisabz. Service quality is much higher than you can expect in the rest of Central Asia, with vegetarian meals, solar-powered showers and clean toilets are almost a given. In this case, prices will be between 10$ and 18 $/night for budget accommodation. You will be able to find also mid-range accommodations for 30$ and above.

There are currently 11 airports in Uzbekistan that are operated by the “Uzbekistan Airways” national air company. Six of them: Tashkent, Samarkand, Bukhara, Urgench, Termez, and Navoi airports are international. Tashkent airport (TAS) is the country’s most important airport. I do not advise traveling by plane across this country as you will miss every incredible spot!

Renting a car or motorbike could be a good option if you like adventure, but be careful as roads are not the best. Driving at night is dangerous as roads are not well lit, and vehicles share the roads with livestock and animal-drawn carts – which are hard to see in the dark. The gasoline supply can be sporadic, particularly outside Tashkent, so keep this in mind if you are driving far from the city.

Traveling by train through Uzbekistan is the safest and most comfortable mean of transport. There are high-speed trains operating between the cities of Tashkent, Samarkand, Bukhara and Khiva.

Book your train here: https://eticket.uzrailway.uz/?lang=en. Book it in advance so you don’t have any overbooking problems. In my opinion, overnight trains are the best option to travel across Uzbekistan.

It is not expensive but it is less comfortable than the train. 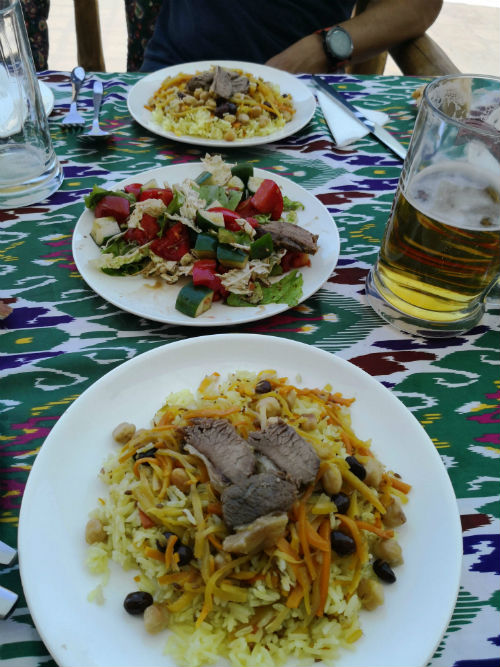 5 things to do in Uzbekistan

The city of Khiva: Itchan Kala

It is the first of the cities of the Silk Road in Uzbekistan. It is mostly an oasis in the middle of the desert… and nothing to say about its walled city: Itchan Kala, a World Heritage Site since 1990. You cannot miss this wonder!

This city is bigger than Khiva, but, without losing the charm of a compact and pedestrian old town, Bukhara is for many the jewel of Uzbekistan. The visit usually begins at the foot of the Kalyan minaret, the icon of the city. What you can not miss from Bukhara is the bazaars under adobe domes. 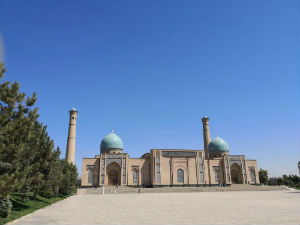 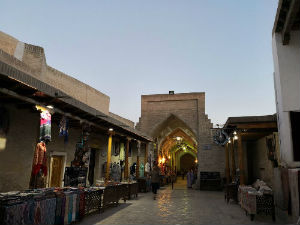 This is one of the main touristic attractions of the country and an incredible city to get lost. You will find beautiful monuments and squares such as Registan Square, it is probably one of the most beautiful squares in the world and for which a trip to Samarkand would be justified. A stop in the Siyob market is obligatory of you to travel to Samarkand 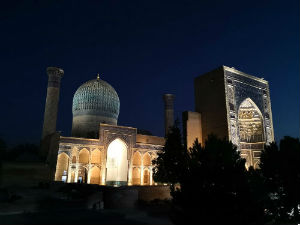 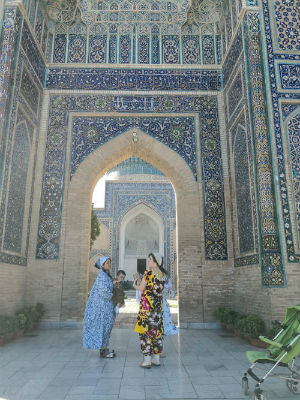 This was my favorite part of the journey; once I saw this incredible landscape I could not believe it!
It is located in the extreme west of the country, on the border with Kyrgyzstan and Tajikistan. It is the most fertile and rich area of Uzbekistan, where most of the vegetables that are consumed in all markets come from.

The Silk Road is a set of trade routes that were specifically organized for silk trade since the 1st century BC., which covered almost the entire continent of Asia. It began in China and could cross many of the countries of Central Asia, plus Iran and Turkey. There, the goods were scattered throughout Europe. This legendary one through which caravans have traded products from the East and West through centuries. In addition to this, it also functioned as a bridge through which ideas, knowledge and also the foundations of Buddhism and Islam were transmitted.
Nowadays, instead of a merchant purpose, some brave travelers do it by motorbike, hitchhiking, car or public transport. Do not worry; stay tuned to read the article about the Silk Road I did in 2018! Uzbekistan is one of the countries I passed through. 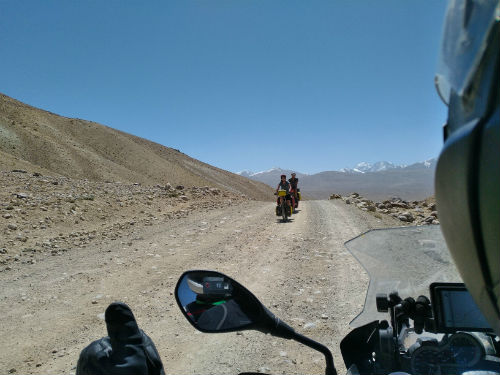